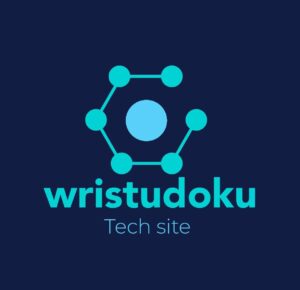 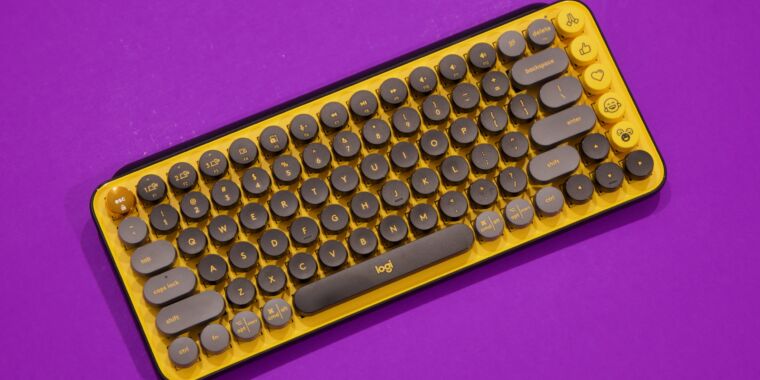 Mechanical keyboards can be intimidating for newcomers. The sheer number of options—keyboard size, the type and the manufacturer of the switches, the style and material of the keycaps, among others—can make it hard to know where to start. And yet, once you do start using a mechanical keyboard, there’s a lot to love, from the excellent key travel and typing feel to the satisfying clackity-clack of the switches to the customizability of the keycaps.

As we talked about in our review of the Razer Pro Type Ultra, good wireless mechanical keyboards are still hard to come by. That’s doubly true if you’re looking for one from a more established company that can provide US-based technical and warranty support and well-maintained, actually useful software. Which is why I’m glad to see Logitech expanding its mechanical keyboard offerings with the $100 Pop Keys Bluetooth keyboard.

The Pop Keys is definitely not for everyone. Its high-contrast, high-saturation color palette, rounded typewriter-style keycaps, and dedicated emoji keys will instantly turn off people who just want a keyboard-looking keyboard. Its keycap quality leaves a bit to be desired, too. But as a starter mechanical keyboard, or as a mechanical alternative for other Logitech Bluetooth keyboards like the budget-minded K380 or the MX Keys Mini, it’s an aesthetically striking option with reliable connectivity and a decent feel.

The Pop keyboard is reminiscent of Logitech’s cheap, simple K380, another round-keyed multi-device Bluetooth keyboard. The K380’s scissor switches are on par with a decent-not-great laptop keyboard; it’s not as firm as Apple’s Magic Keyboards, but it’s also a third of the price. And that’s the appeal of the K380—it’s decent, it’s rock-solid reliable, a pair of AAA batteries can last for years, and it costs $30.

The Pop Keys takes that basic template and adds TTC Brown mechanical switches (Logitech doesn’t specify which kind of switches it uses, but it’s printed on the switches when you look). As with the Razer Pro Type Ultra, one of the things you give up when you go with a more mass-market mechanical keyboard is the ability to pick which switch you prefer. I do think Browns are a solid choice for a lot of people, and they’re what I personally use on the MagicForce Smart 2 and Varmilo VA87M—they’re tactile switches with a more subtle bump that helps reduce noise, and I find that they deliver a nice clicky mechanical feel and sound without being obnoxiously loud about it.

That said, compared to both the Gateron and Cherry MX Brown switches in the other mechanical keyboards I use regularly, the bump in the Pop Keys’ TTC Brown switches is awfully subtle, to the point where I wondered if it actually used linear switches the first time I used it. Now that I’ve been working with it for a few days, I can definitely feel that tactile bump, and it’s doing its job—I don’t need to bottom out the keys to get presses to register. But if you were worried about disliking the keyboard because Brown switches don’t have enough of a bump for you, the Pop Keys may disappoint.

Logitech’s keycap choice also leaves something to be desired. I’m not talking so much about the rounded shape of the keys—though this does take some getting used to, and even after a few days of typing I still find myself making more errors than I do on a typical keyboard—and more due to the ABS plastic used for the keycaps. The lightly textured ABS plastic is more prone to wearing down and becoming shiny, smooth, and slippery over time compared to more durable PBT keycaps, and Logitech has also printed the legends onto the keys rather than molding them into the plastic. The printed legends on my K380’s keycaps haven’t worn off after a few years of intermittent use, but I’d be more worried about them for a keyboard I was using all day every day.

Like the K380, the Pop Keys can be paired to up to three different devices via Bluetooth, and the keycap legends cover both Windows and macOS/iOS/iPadOS layouts. If Bluetooth isn’t responsive enough for you, or if you just want to connect the keyboard to a fourth device, Logitech does include one of its Logi Bolt USB wireless dongles in the box, so you can connect up to six compatible Logitech keyboards and mice using a lower-latency wireless connection. The Bolt dongle can also pair the Pop Keys with a fourth computer, if the three Bluetooth connections aren’t enough for you.

I’ve never had a problem with Bluetooth reliability in a Logitech keyboard, and the solid low-latency connection is one thing that sets the Pop Keys apart from other $100-and-under wireless mechanical keyboards I’ve used. I experience random disconnects on multiple computers while using the Magicforce Smart 2, so even though that keyboard is a bit cheaper and feels better to type on overall than the Pop Keys, I effectively end up treating it as a wired keyboard most of the time.

Logitech’s software is also pretty good, as keyboard software goes—better than the barebones or nonexistent software for no-name keyboard imports but also more streamlined than Razer’s bloated do-everything Synapse package. The Pop Keys keyboard isn’t programmable via hardware DIP switches or firmware customization, so you need to rely on the software for any and all keyboard customization, including associating the correct emoji characters with the emoji keycaps.

If you have absolutely no use for dedicated emoji keycaps, the good news is that those four buttons (usually dedicated to some combination of the page up/down, end, insert, home, or print screen buttons on a typical 75 percent keyboard) can be programmed to do just about anything, including functioning as other emoji. I do wish Logitech had included some keycaps for these keys’ traditional functions alongside the additional emoji keycaps so that people who want these buttons to do normal things could do so without messing up the look of the keyboard. But ultimately, having keys whose legends don’t match their functions is a shortcoming you can live with if you’re happy with the rest of the decisions that Logitech made here.

Kathy - January 12, 2023
Are you wandering around in search of a way that you can follow to convert audio content into text easily and quickly? Then no...